Microcompetition with Foreign DNA and the Origin of Chronic Disease 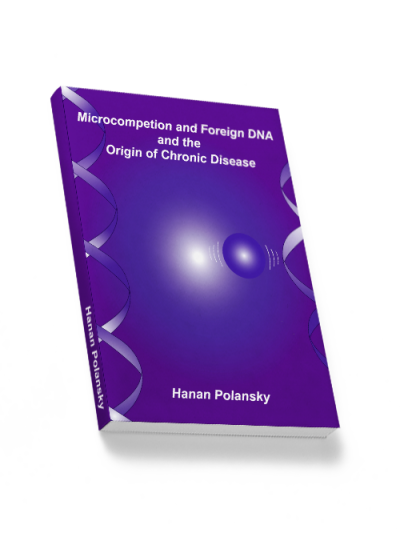 Microcompetition with Foreign DNA and the Origin of Chronic Disease

Additional papers:  The manuscript “On Theory,” by Hanan Polansky, includes the book’s preface and concluding remarks.

Prior to the release of the book, the Center published a working paper by Dr. Polansky with excerpts from the chapter on cancer.

Get PDF for free

Take the book to your Doctor

Download a copy of Dr. Polansky’s “Purple” book and give it to your doctor.

Discover the latent viruses in your body

If you are infected with a latent virus, and you have a question, send us an email with your question.  As a service to the community, we ask our scientists to answer as many of these questions as they can.  This service is free of charge. We will of course keep your question and personal information private.

REVIEWS OF THE BOOK 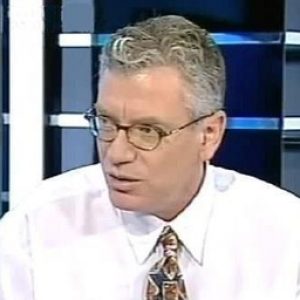 Hanan Polansky (PhD) is the Managing Director of the CBCD.

Hanan Polansky is a scientist, manager, and inventor.  Dr. Polansky is the developer of the psycholinguistic-based data-mining program called Computer Intuition.  The program uncovers the intuition of scientists hiding in scientific papers.  The results of the Computer Intuition program guided Hanan Polansky in drafting the Microcompetition Model.  The model was first described in the book: “Microcompetition with Foreign DNA and the Origin of Chronic Disease.”  Currently, Hanan Polansky and his colleagues continue to develop, research, and publish papers on the Microcompetition Model and its applications.  The results of the Computer Intuition program also guided Hanan Polansky, along with a group of scientists who assisted him, in inventing the formulas of several natural treatments, including Gene-Eden-VIR and Novirin.  These formulas are currently patented, protected, and trademarked.  To test the safety and effectiveness of these formulas, Hanan Polansky directed a team of scientists that included Dr. Edan Itzkovitz (MD), and Mr. Adrian Javaherian (MS).  The team conduced several clinical studies that tested the formulas and the results were published in peer-reviewed medical journals.  Currently, Hanan Polansky and his team continue to invent new natural treatments, which will continuously be tested for safety and effectiveness in future clinical studies.

About Conflict of Interest

An email Dr. Hanan Polansky send to the editor of a medical journal:

I would like to address the very important issue of conflict of interest in our research.

Of course we are familiar with the extensive literature and the debates on the subject.  In fact, a study found 6803 publications on the subject of conflict of interest on Medline between 1950 and 2009 [1].  Therefore, before starting our research, we consulted experts and invested many hours in establishing procedures to manage (or as some say “mitigate”) any conflicts of interest.

Here is some background information on the development of Gene-Eden-VIR/Novirin. I am the inventor of Gene-Eden-VIR/Novirin.  In developing the formula of this treatment, I along with the scientists who assisted me, used Computer Intuition, a psycholinguistic data mining computer program.  We described this the development process in our papers.  See for instance, Polansky et al. [2] (this paper is referenced in our subsequent papers).  Also, the fact that I am the inventor of Computer Intuition is well known.  See for instance the Almog and Heisler paper [3], and two posts published in well-known forums [4, 5], which mention this fact.  Moreover, my association with the Gene-Eden-VIR/Novirin products is openly advertised.  In fact, the labels on some containers say “A Product of Dr. Hanan Polansky’s Scientific Method.”

As a result of my direct association with the development of the formula, we were concerned about a potential conflict of interest when conducting clinical studies to test the treatment. Therefore we decided to build safe guards against any potential conflicts of interest.

Conflict of interest in clinical studies might have two undesirable effects, compromising the wellbeing of patients, and biasing the data analysis.

In our studies, we use the study method of Retrospective Chart Review.  The data we analyse is routinely gathered by the distributor of the treatments.  In case of Gene-Eden-VIR/Novirin, the distributor is Lilac Corp.  This is of course mentioned in the papers that reports the results.  After the collection of the data, this information is given to us.  In other words, the wellbeing of patients, and the quality of the collected data, is not compromised by a conflict of interest.

To solve the problem of biased data analysis, we read papers on the subject, consulted websites of leading universities, and reviewed policies of scientific journals.  For instance, according to Stanford University: “Conflicts that are deemed to have the potential or are likely to be perceived as having the potential to have a direct and significant affect on the research must be eliminated, mitigated, or managed.  Such strategies for eliminating, mitigating, or managing conflicts can include. … disqualification from participation in all or a portion of the research.”  [6] Or more specifically, according to Duke University: “Some institutions restrict the role a conflicted individual can play in the conduct of research. … (by imposing limitations on) participation in data analysis.“ [7]  There are many more examples with similar suggestions.  As a result, we have decided to manage my potential conflict of interest by assigning the data analysis exclusively to my co-authors Edan Itzkovitz and Adrian Javaherian.  Using the Stanford terminology, I was “disqualified” from participating in the data analysis.  Moreover, to be completely safe, Edan Itzkovitz and Adrian Javaherian analysed the data independently of each other, and then compared the results.  Please note that Edan Itzkovitz and Adrian Javaherian have no financial associations with the Gene-Eden-VIR/Novirin products, or Lilac Corp.  Also note that when we used the Cochrane tool to asses our clinical research, the results showed low risk of bias in all categories.

Also, I was intrigued by the following paragraph on the Duke University website: “Conflict of interest in scientific research covers a wide spectrum of factors that might result in bias, not just financial ones.  For example, a desire for publication could lead an investigator to use a skewed research design that favored a positive outcome, in hopes of improving the study’s appeal to a peer-reviewed journal.  However, non-financial COIs can be very hard to identify and are likely an inescapable part of the fabric of science.”  Also consider Wiersma et al.:“We suggest that there are no meaningful conceptual distinctions, and few practical differences, between financial and non-financial conflicts of interest, and accordingly, that both require careful consideration.” [8]  Or according to Sara Rockwall: Director, Office of Scientific Affairs, Yale University School of Medicine: “It is not possible to completely eradicate the potential for conflict of interest because there are certain rewards that are inherent in the structure of our research enterprise.  Such rewards may be completely unrelated to relationships with industry or private sponsorship.  For example, positive research results per se may contribute to opportunities for publication, promotion, tenure, grant renewals, and so forth.  In addition, positive results are often more gratifying and lead to greater personal satisfaction than negative outcomes.  In a sense, these influences can be as much a source of conflict in the search for truth as interests of a pecuniary nature. But kept in perspective, such incentives are not inherently bad and are indeed the motivating forces for diligent scientists.” [9]

Also, according to the FDA: “FDA is encouraging applicants to work with FDA and clinical investigators to minimize the occurrence of such financial arrangements (…by sponsors of covered studies that could lead to the introduction of bias into the clinical trial process) or to ensure that covered clinical studies are sufficiently well designed and managed to eliminate the possibility that bias due to potentially problematic financial arrangements will influence the outcome of the study.  FDA does not agree that it should ban certain financial arrangements.  FDA recognizes that therapeutically beneficial products have been developed through clinical investigations that were conducted by the product-patent holder, or for which clinical investigators were compensated with equity in the sponsor’s firm, and is therefore not prohibiting any arrangement, nor ruling out the possibility of relying on studies conducted under these circumstances as a basis for product approval.” [11]

In summary, there are no scientists who can claim that they have “no conflict of interest.”  There are only those who manage these conflicts well, and those who don’t.  I believe that we belong to the first group.

To conclude, I believe that the combination of using charts as data, and using two independent scientists to analyse the data separately, is a framework that manages conflicts of interest extremely well.  However, since, in today’s terminologies, there is no distinction between “well” and “poorly,” and since we believe that we followed the best procedures to manage conflict of interest, procedures that guarantee the least possible conflict of interest, we chose to describe our research with the standard phrase: “no conflict of interest.”  I also believe that this framework is very useful, and should be considered by other inventors of natural products who would like to clinically test their products to the benefits of the people who need their products, and therefore, need reliable information about the safety and efficacy of these products.

I hope that in the future, the scientific community and the publication industry will stop using the phrase “no conflict of interest,” and instead require to add a section to the papers that describes, in sufficient detail, the methods the scientists used to manage their conflicts of interest.  And this section, like other sections in the paper, say, the statistics section, will be carefully examined by reviewers, who have the same level of expertise on the subject of conflict of interest as they have on other research methods.